Had someone told Cristobal Balenciaga that 78 years after he opened his namesake couture house, models would be strutting down the runway to Biggie Smalls, I’m not quite sure he would have believed them.

But that was the reality of Friday evening’s spring/summer 2016 show — the last for Alexander Wang, who was hand-picked to helm the brand just three years ago. The past few seasons for Wang at Balenciaga were successful — particularly in terms of sales — but they weren’t groundbreaking. Each collection, though maintaining the label’s delicate-yet-modern aesthetic, featured tons of hints and notes of his own eponymous downtown-cool label. And while the most recent collection certainly veered more toward femininity than the others, it also nodded whole-heartedly at the place Wang will now be focusing 100% of his time and energy: back in New York at his exceptionally hot brand.

For his finale, Wang took the house’s sense of girliness and truly made it his own: through a 36-piece, entirely off-white selection of soft silks, cottons, and linens that resembled — in the simplest of terms — really luxe sleepwear. It was lingerie dressing, the Wang way — pairing loose camisoles and undershirts with wide-leggged cargo pants; adding utilitarian details to the most delicate of slip dresses. What was basically said? The Wang girl can always look good — even when she doesn’t get dressed in the morning.

The closing of this chapter didn’t just leave us wondering what’s to come for Wang’s own collection — and, truthfully, what (and whom) is to come for Balenciaga. It also had us ready to start digging through our underwear drawer and put our silk camis, loose nighties, and boxer shorts to good use. Because really, what else would the Alexander Wang girl do?

No wonder, then, that ever gathering volume from the mere transit over the widest watery spaces, the outblown rumors of the White Whale did in the end incorporate with themselves all manner of morbid hints, and half-formed foetal suggestions of supernatural agencies, which eventually invested Moby Dick with new terrors unborrowed from anything that visibly appears. So that in many cases such a panic did he finally strike, that few who by those rumors, at least, had heard of the White Whale, few of those hunters were willing to encounter the perils of his jaw.

Biggie Smalls, I’m not quite sure

However, instead of putting thoughts of possible escape from my mind, my audience with Lorquas Ptomel only served to center my every faculty on this subject. Now, more than before, the absolute necessity for escape, in so far as Dejah Thoris was concerned, was impressed upon me, for I was convinced that some horrible fate awaited her at the headquarters of Tal Hajus. 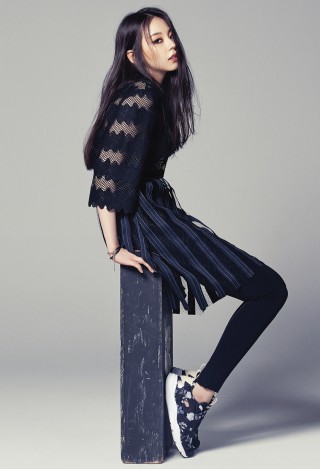 As described by Sola, this monster was the exaggerated personification of all the ages of cruelty, ferocity, and brutality from which he had descended. Cold, cunning, calculating; he was, also, in marked contrast to most of his fellows, a slave to that brute passion which the waning demands for procreation upon their dying planet has almost stilled in the Martian breast. The thought that the divine Dejah Thoris might fall into the clutches of such an abysmal atavism started the cold sweat upon me. Far better that we save friendly bullets for ourselves at the last moment, as did those brave frontier women of my lost land, who took their own lives rather than fall into the hands of the Indian braves. As I wandered about the plaza lost in my gloomy forebodings Tars Tarkas approached me on his way from the audience chamber. His demeanor toward me was unchanged, and he greeted me as though we had not just parted a few moments before.

The world was full of people. The census of 2010 gave eight billions for the whole world—eight crab-shells, yes, eight billions. It was not like to-day. Mankind knew a great deal more about getting food. And the more food there was, the more people there were. In the year 1800, there were one hundred and seventy millions in Europe alone. One hundred years later—a grain of sand, Hoo-Hoo—one hundred years later, at 1900, there were five hundred millions in Europe—five grains of sand, Hoo-Hoo, and this one tooth. This shows how easy was the getting of food, and how men increased. And in the year 2000 there were fifteen hundred millions in Europe. And it was the same all over the rest of the world. Eight crab-shells there, yes, eight billion people were alive on the earth when the Scarlet Death began.

A sensible question, Hoo-Hoo, a sensible question. As I have told you, in those days food-getting was easy. We were very wise. A few men got the food for many men. The other men did other things. As you say, I talked. I talked all the time, and for this food was given me—much food, fine food, beautiful food, food that I have not tasted in sixty years and shall never taste again. I sometimes think the most wonderful achievement of our tremendous civilization was food—its inconceivable abundance, its infinite variety, its marvellous delicacy. O my grandsons, life was life in those days, when we had such wonderful things to eat.